The latest news regarding SIDS

Scientists have identified a possible biological cause for SIDS (Sudden Infant Death Syndrome) that was never known before. There has been a recent breakthrough in research into SIDS with results that could help prevent even more of these tragic deaths. SIDS is defined as the unexplained death of a seemingly healthy infant under 12 months of age. There has been extensive research and awareness campaigns conducted around the world over the last 20 years that have resulted in an 80% reduction in SIDS deaths. However, last year there were still 113 infant and newborn SIDS deaths. The aim is for that number to be 0.

Scientists at The Children’s Hospital at Westmead, have discovered that babies who die from SIDS are deficient in a protein called Orexin. This protein is responsible for regulating sleep arousal in babies and adults. A cohort study of more than 27 SIDS cases and 19 controls found the level of Orexin was 20 per cent lower in the brains of those babies who had died from SIDS. What this means is that the message to wake up may not be getting through to babies’ brains.

Associate Professor Alexandra Martiniuk from The George Institute for Global Health at the University of Sydney says that the study found it was the Orexin deficiency along with environmental factors that resulted in the deaths. She stated that in most cases of SIDS related deaths, the baby was found either face down or with their head between the mattress and something else. The conclusions were that in most cases Orexin deficiency along with other factors resulted in the deaths. The discovery of this protein deficiency may be able to help health professionals identify babies at greater risk of SIDS. They hope to have a screening test within 10 years. 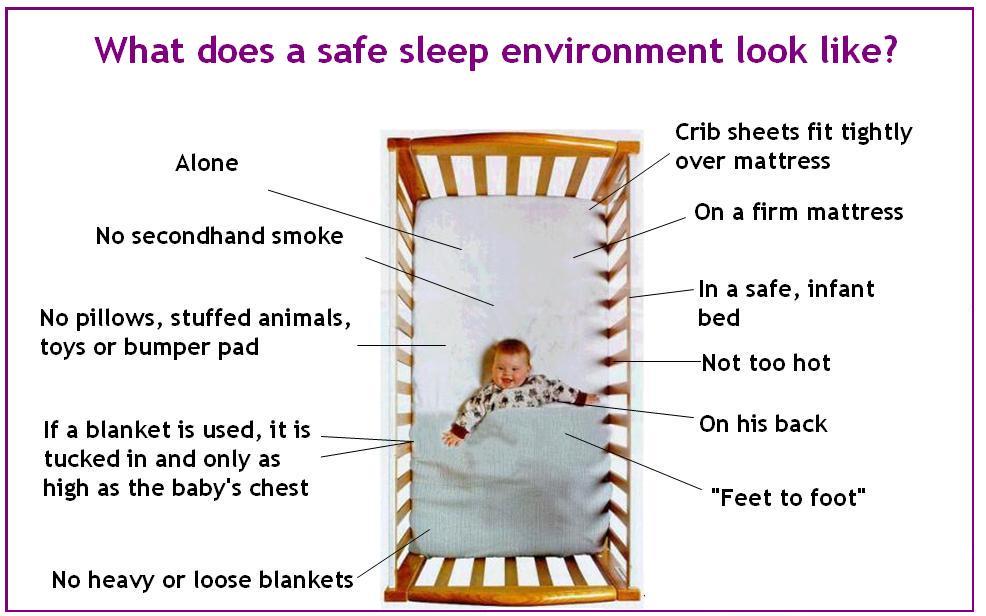 What the researchers and SIDS experts do emphasize is the need for all parents and carers to follow safe sleep practice guidelines. This is still considered the best method of preventing SIDS. The research may also have significant implications for how parents choose sleeping arrangements for their baby. Many parents are choosing co-sleeping arrangements these days with very positive outcomes. Research into these practices has found that when babies are in the same room as parents then the parent often wakes up when there is an adverse event. However, it is still recommended that babies under 3 months sleep on their own surface.

An excellent method for addressing both issues is by using a co-sleeper bassinet. A cosleeper is a baby bed that can securely attach to the parents bed, meaning both parent and baby have their own sleep surface but baby is easily accessible for nighttime cuddles, feeds and settling and can wake and see and smell his or her parents.

As a former Neonatal ICU nurse specialist, I am particularly focused on the health and safety of vulnerable babies. While it is great to have a test to see which babies will be most vulnerable to SIDS, its vitally important to continue safe sleeping practices. Those guidelines are listed by www.rednose.com.au and recommended by all medical experts and midwives. They include: