When will my baby sleep through the night?

I remember the disturbed sleep was the hardest part about being a new Mum. I was shocked! What’s this? Broken sleep nearly broke me and I got to the point where I was exhausted. It did end, finally, when my daughter was about 12 months old and the wake ups slowed right down to just once a night and sometimes not at all.
It should be said that broken sleep and babies waking regularly during the night is completely normal.
You haven’t done anything wrong, and neither has your baby. Its normal.

It might help you to know that “sleeping through” means 5 hours of straight sleep, not 8 or 10 (sorry!).

For many parents and caregivers, even if you don’t have to get up to go to work in the morning, the question you will ask yourself more than any other may well be will this baby ever sleep through the night?

The answer is yes – sort of. The truth is, few babies truly ‘sleep through the night’ in the same way an adult does. In fact, sleep researchers have found that little people under 12 months old will normally wake up an average of three times during the night. For the first few months of life, 95% of babies will cry when they wake up and they’ll mostly want some help from you getting back to sleep. But eventually, they’ll learn to just nod back off to sleep on their own. 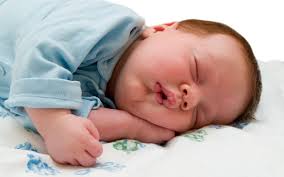 Several studies have found that by eight months old, over 50% of infants who wake at night go back to sleep without any attention from parents or other caregivers. In fact, sometimes their parents didn’t even realise they’d been awake.

All babies are individuals, and sleep patterns vary greatly from child to child. Even though typical sleep patterns don’t apply to all babies, researchers have identified general patterns that you can look for as your child gets older.
Sleep for newborn to six months

It might seem hard to believe when you don’t get enough sleep yourself, but wee babies sleep around 18 hours a day. It’s also ok if yours sleeps more than that, or less than that. Generally speaking little babies will sleep in batches of a few hours at a time, between 2 and 4 then wake for short periods (quick feed, change, cuddle and back off to sleep). The pattern may vary and change somewhat, and it does go on around the clock. A newborn doesn’t know that people sleep when it’s dark, and a baby’s ‘circadian rhythm’ – the 24-hour internal clock that controls our sleeping and waking patterns – is still developing. 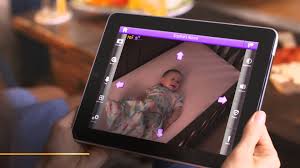 By around six months of age, babies may have their big sleep at night and have some pattern with darkness and light. At six months, your baby will probably still wake a few times a night, and that’s ok.

Researchers using video recording in nurseries found that babies vary a lot when it comes to waking and crying – or not crying – at night. They found the biggest changes in infants’ sleeping and waking patterns happen between three and six months. Six-month-olds sleep longer at a stretch than three-month-olds. They’re also more likely to go back to sleep on their own when they wake.

There are so many wonderful changes in babies during the first 12 months. Sleep is one of them, as babies develop more adult-like sleep patterns, so hang in there. Sleep is on the way.

And remember, when you hear that cry in the night:

If you’ve never had a period of bad sleeping before, you might get a shock at just how much lack of sleep can affect your life. It’s important you still look after yourself during this time, and try to get the sleep you need to feel rested. So leave the housework, rest when your baby does, catch a lie down together when you feed and accept all offers of help from friends and family.