Time in -v- Time out 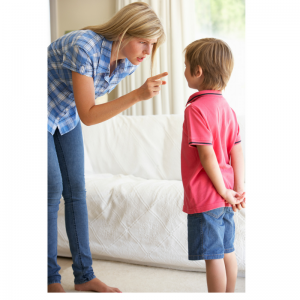 One of the most controversial topics relating to children is anything that touches on discipline or behaviour management. As someone who has been a foster carer I can say one thing with absolute certainty. Kids are not all the same and they don’t all behave or respond in the same way. You know this about your own little angels. Sleep patterns, feeding schedules, likes and dislikes vary and so do the ways in which they respond to you. What is important is choosing the right approach, with the right child at the right time. Simple, right?
One thing that almost all parents and experts agree on is that challenging behaviour, acting out, playing up or whatever you want to call it, is a form of communication and ALWAYS has a reason behind it.

When I was a child smacking was considered perfectly acceptable. Now we know better and have better techniques. These techniques not only work but reduce or even avoid the inevitable guilt we feel as parents when we discipline our children. Even that word, discipline, conjures up all sorts of dark and nasty images. In fact, the word derives from ancient Greek and means ‘to teach’. When it comes to managing behaviour that is exactly what we aim to do. Teach children how to manage strong feelings, teach them how to respond appropriately, teach them how to act or behave.
I’m sure you can relate to those situations when, for example, you implement a behaviour modifying technique on your child, that worked with them last time but now has no effect. It might be something like telling them you will take away their favourite toy for 1 hour because they are throwing their food at their older sister. You say to yourself “But that always worked before. Why isn’t it working now?”. Because the reason for the behaviour might be quite different this time. The reason behind the behaviour is more significant than the behaviour itself.

A lot of research is done on children and their behaviour. As I’m sure you know there is some controversy and conflicting advice. What seems to be a common and recurring theme is the importance of paying attention and addressing the cause of the behaviour. This is often called ‘Time In’. It’s a term that developed as response to the ‘Time Out’ behaviour management practice. In short, what the “Experts” say is that giving your child attention, talking to them, staying calm and trying to work out why they are upset or behaving badly is the best approach. Behaviour is communication and their behaviour is communicating that they are upset, sad, scared, angry, tired, etc. Reassuring, asking what’s wrong and comforting, can produce much better results, both short and long term, than punishing, placing them in ‘Time-Out’, taking away a toy or scolding.

It’s much easier said than done I know! Once I was in the supermarket the 2-year-old little boy who was currently in my care throws himself on the floor and screams and cries because I won’t put the packet of lollies he picked up in the trolley. I remembered what I was taught in my Foster Carer training and applied the ‘Time In’ principle. I stayed calm (despite the disapproving looks from other shoppers and previous advice from my grandparent’s generation) and did NOT apply the usual technique of threatening to take him straight home or take away his toy unless he stopped. Instead I picked him up, hugged him, talked calmly and asked him what was wrong. I didn’t say “no you can’t have the lollies” I just kept holding him and talking to him. After the crying stopped, he calmed down and he stopped saying he wanted lollies, I asked again what was wrong? He said “I want bunny”. He had a special toy bunny that we left in the car. He wanted it and didn’t know how to articulate that when he couldn’t see it. So we went back to the car, got bunny and then there were no more tears or demands for lollies. It really did work and I was so damn happy I was walking around the supermarket smiling. What I also did, as soon as possible is say, “now next time you feel bad like that tell me straight away so we can fix it”. That might seem too sophisticated for a 2 year old but the more you do and say it, the more they understand and it will start to prevent the behaviour in the first place.

This technique works much more than it doesn’t and has much greater results with different children with differing backgrounds and varying ages than any other technique. Believe me, I have tried them all and ‘Time In’ gets the best results. My advice is, just try it. What have you got to lose?

My name is Emma Hutton and I am the franchisee of Rock-A-Bye Baby Equipment Hire’s North and CBD branches. In a former life, I was a Specialist NICU Nurse and have also been a Foster Carer. The Foster caring, I miss and will be getting back to very soon. However, the nursing with night duty, working public holidays and having only one weekend off a month……not so much.
What has stayed with me through my career change is my passion for child safety and health. Precious and vulnerable little lives need to be protected and that is at the core of our business model at Rock-A-Bye Baby Equipment Hire. I make it my business to stay up to date with the latest research so that what I write about is relevant and factual.